We have placed cookies on your device to help make this website better. If you continue without changing anything, we’ll assume you’re OK to continue. Some of the cookies we use are essential for the site to work. We also use some non-essential cookies to collect information for making reports and to help us improve the site. The cookies collect information in an anonymous form. To control third party cookies, you can adjust your browser settings. View our privacy & cookie policy Click here.
Login Blog 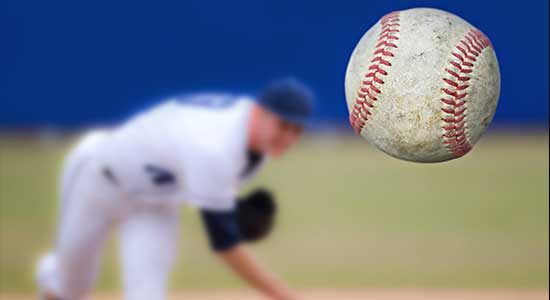 The rise of data analytics in baseball started with “Moneyball”, or rather, the method made famous by “Moneyball”. But if Billy Beane and the Oakland A’s were the first pitch, we’ve now reached the seventh-inning stretch of a serious pitchers’ duel.

It’s not quite as relevant as the battle for the biggest ballpark bloody mary (current front-runners: Target Field and Miller Park, with an honorable mention to Tropicana Field for successfully combining hard-boiled eggs and doughnut holes in the same beverage. Seriously.), but probably more useful for team management.

The data and analytics at work behind the scenes of major league baseball have transformed the league, all the way from player selection during the offseason to defensive positioning within each inning of a single game.

Nowadays, if you’re a fan of baseball, you’re most likely a fan of statistics as well.

Once upon a time, all of a player’s important stats could fit on the back of a baseball card. Now it seems like we’re not satisfied until we know how many extra-base hits Aaron Judge gets during Tuesday’s away games with his left shoe untied.

So, to whet your appetite, here are some impressive numbers showing just how much data impacts America’s favorite pastime, courtesy of SportTechie:

“One baseball game is close to generating up to 1TB of data… for example, about 20 different pieces of data are recorded with every pitch, ranging from pitch velocity to the angle of the pitcher’s arm. While generating that much data in one game may sound impressive, it’s really only scratching the surface of big data’s true potential, with some experts predicting advances will push data generation to as much as 7TB per game.”

But how can some of these same tactics be useful outside the diamond, specifically in a retail sales environment?

Read on for five ways big data is revolutionizing retail. But first, the good news: none of these ideas will require storing 1TB of data per day.

In baseball, companies like Amazon collect millions of data points for every game, all season. As mentioned above, approximately 20 different data points are collected for every single pitch, including arm angle, release point and exit velocity if the batter makes contact, to name just a few.

While relatively small by comparison, in-store technologies like modern POS systems, people counters and smart wifi collect a major assortment of data points that are ripe for analysis and operational improvement.

The thought of processing 1TB of raw data per game (then multiplied by 162 games per season, per team) makes my brain cry. Seriously, there’s not enough nope in the world. That’s why specialized computing systems like Pitchf/x and HITf/x were created: to analyze the massive amounts of data collected each game, and apply the findings in a way that maximizes team success.

Similarly, tools like the Flonomics Experience Manager collect retail data from many different sources, completing analysis both automatically and on-demand, and offers reports and forecasts to improve business performance.

This is the “Moneyball” discussion. Ever since Brad Pitt glammed up big data in baseball, teams across the league have used analytics to determine a player’s worth in their current situation, and used those findings to determine whether that player is best suited for their current role, or whether they’d be better off playing somewhere else.

Similarly, big data in retail helps business owners determine if their players are truly knocking it out of the park, so to speak.

For example, people counting reports showing foot traffic data compared with sales figures can offer a better picture of salesperson effectiveness, or perhaps in need of reassignment or additional training.

The way visualization technology has changed baseball broadcasts was heavily showcased this year at the Home Run Derby. Using real-time bat speed, exit velocity, launch angle and ball tracking data, the broadcast team was able to construct some really impressive AR graphics and home run spray charts with the help of, unsurprisingly, video game rendering systems behind the smash hit Fortnite. In fact, the league took it a step further by offering an alternative broadcast dedicated to real-time stats and augmented reality displays.

To see the impact that AR has had in the retail space, look no further than applications like Ikea Place or the Wayfair app. These apps allows users to select a piece of furniture, then using their smartphone camera, superimpose that item into any space in their home to see how it will fit physically and aesthetically. Similar AR experiences are sprouting up at a surprising rate and are greatly improving consumer intelligence and buyer confidence.

Unsurprisingly, any data that ball clubs and retail businesses can collect about customers will help to improve the fan experience.

Similarly, the more retailers know about customers and their preferences, the better we can cater to their needs and desires. For baseball organizations, fan preference data can help determine whether a 4pm weekday game start time is too early (it is.).

Likewise, customer-centered data can influence whether a store would benefit by opening an hour later each day (Also yes. More sleep is always the right answer).

How do you see big data changing the retail space? Let us know in the comments!

Stay Up to Date